In this series Dealing with the Effects of Cold

Frostbite is an injury that is caused by exposure of parts of the body to the cold.

There are different degrees of frostbite. In superficial frostbite, the skin can recover fully with prompt treatment. However, if frostbite is deep, tissue damage can be permanent and tissue loss can occur.

The most important way of preventing frostbite is to get out of the cold. If you are exposed to the cold make sure that you have adequate protective clothing.

Frostbite is an injury that is caused by exposure of parts of your body to temperatures below freezing point. The cold causes freezing of your skin and underlying tissues. The fingers, toes and feet are most commonly affected but other extremities, including the nose, ears and cheeks, can also develop frostbite.

In the past, frostbite injuries were common in military personnel. However, with the increase in technology and accessibility, recreational sports have become a significant cause of frostbite cases. Homeless people, children and the elderly are especially vulnerable to frostbite.

Risk factors include lack of clothing, alcohol consumption, and access to shelter. Dehydration, high altitudes and other conditions that have low oxygen levels are also a risk. These include diabetes, peripheral arterial disease and Raynaud's disease.

Usually your blood carries oxygen to all parts of your body so that your body tissues are kept healthy. As a protective response, when your body is exposed to extreme cold, blood vessels narrow (constrict) so that blood (and oxygen) are diverted away from your extremities to your vital organs to keep your body alive. After some time, this lack of blood supply and oxygen to the skin can start to cause damage to the cells.

In areas of the body affected by frostbite, ice crystals form and cells and blood vessels become damaged. Blood clots can also form in small blood vessels which further reduces the chance of blood and oxygen getting to the affected tissues.

How common is frostbite and who gets it?

Frostbite is uncommon in the UK. Frostbite most commonly affects the following groups of people:

However, it can affect anyone who is exposed to low temperatures (below freezing) - in particular, those who wear inadequate clothing.

If you have underlying health problems such as narrowing of the arteries, mainly occurring in the legs (peripheral arterial disease) or diabetes, you have an increased risk of developing frostbite.

If you take certain medicines that narrow (constrict) your blood vessels, your risk is increased. Beta-blockers are a good example of this.

You are more at risk of developing frostbite if you smoke, as the chemicals in cigarettes can cause your blood vessels to constrict.

You are more at risk of developing frostbite if you have had alcohol or recreational drugs which make you drowsy or behave differently to usual. This is because you may be less aware of how cold you are and less aware that you are in danger. You are then less likely to get out of the cold, or protect yourself from it.

People who have Raynaud's phenomenon (a condition where the small blood vessels of the fingers constrict) also have an increased risk of developing frostbite.

The different degrees of frostbite

Frostbite injuries are classified by the degree of injury. The degree of frostbite basically refers to how deep the frostbite goes. Your skin has two layers - the outer layer (epidermis) and the dermis. The dermis sits just under the epidermis. Beneath the dermis is a layer of fat, and then the deeper structures such as muscles and tendons.

These are important because superficial frostbite means there is likely to be very little or no tissue loss. Deep frostbite suggests there will be greater tissue loss.

What are the symptoms of frostbite?

In first-degree frostbite, the affected area of skin usually becomes white and feels numb. Sometimes the skin is red. It may also feel hard or stiff. If it is treated quickly, the skin usually recovers fully.

In second-degree frostbite, the affected skin is often red, or may become blue. It feels frozen and hard. There is also usually quite a lot of swelling of the affected area. Blisters filled with a clear or milky fluid appear on the skin.

In third-degree frostbite, skin can be white or blue or blotchy. Blisters also develop and can be filled with blood. Over some weeks, black thick scabs form. The skin feels hard and cold.

In fourth-degree frostbite, there is damage to the full thickness of the skin and also the underlying tissues such as muscle, tendons and bone. The skin is initially deep red and mottled and then becomes black.

The appearance varies depending on how severe a degree of frostbite is present, and on how much of the body has been affected.

How is frostbite diagnosed?

Frostbite is usually diagnosed by the typical symptoms in someone who has been exposed to extreme, cold weather. Frostbite can happen very quickly so you need to be aware of the symptoms and signs. If you are aware of the early symptoms of frostbite, and shelter from the cold, you can prevent more severe symptoms and the possibility of permanent damage.

Special scans are sometimes used to assess the degree of frostbite and to determine how much tissue is damaged.

What is the initial treatment for frostbite?

The aim is to start this as soon as possible. However, if there is a chance that the affected area could re-freeze then it is safer to keep it frozen until safe. Most frostbite will slowly thaw without any special measures and it should be allowed to do so. There should be no deliberate attempt to keep areas frozen.

If someone has been in the mountains and has developed frostbite, they may have other life-threatening problems that need to be treated first. Rapid re-warming can be done using heated water which should be kept at 37-39°C. This could take 30 minutes. The affected area should not be massaged, as this can cause further injury.

Re-warming is usually repeated twice a day. It is important to keep your skin warm and dry in between treatments.

Treatment with medicines and in hospital

Painkillers are usually needed to treat pain. Re-warming can be very painful so anti-inflammatory painkillers are also given and stronger medication such as morphine may be needed. Some other medicines are also used in some cases. Sometimes 'clot-busting' medicines (thrombolytics) may be used in cases of deep frostbite to try to improve the blood supply to the affected area.

It is important that you are up to date with your tetanus vaccine. It is often common to be given antibiotic medicines if there is any sign of infection developing in your frostbite.

You may be given fluids via a drip to make sure you have enough fluid in your body (you are completely rehydrated). A surgeon will usually be involved early in care and careful drainage of some clear blisters (not blood-filled) may be needed at first.

What happens next with frostbite?

When a body part with frostbite is thawed out, the skin turns red, may blister and can be very painful. It can also become swollen. Eventually, dead, blackened tissue that forms scabs can develop. The images below show that change.

If frostbite is superficial, over time new pink skin will form underneath the scabs. It can take up to six months for the area to recover. There can be full recovery but some people have permanent problems, including pain, numbness and stiffness in the affected area.

However, if frostbite is deep, tissue damage can be permanent and tissue loss can occur. For example, the end of a finger or toe can gradually separate off. Sometimes surgery is needed to remove dead tissue. Surgical removal (amputation) of, for example, fingers or toes may be needed. However, surgery will usually be delayed for as long as possible (usually 6-8 weeks). This gives affected tissues a chance to recover and for the full extent of the injury to be seen.

Can frostbite be prevented?

The most important way of preventing frostbite is to get out of the cold. If you are exposed to the cold, make sure that you wear appropriate warm clothing. Mittens are better than gloves. Your head, neck and face need to be covered if it is windy. Wear waterproof clothing so that your body is kept dry. Multiple layers of clothing are best. Layers act as extra insulation by trapping air that warms to your body's temperature. A warm pair of boots is also needed. You need to increase your fluid and calorie intake in cold weather.

Dealing with the Effects of Cold 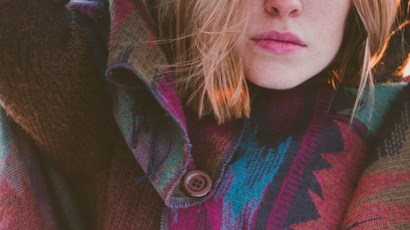 Can you 'catch a chill'? Winter myths and expert advice

Hi, everyone! I am new here and happy to be part of the community. I have had primary Raynaud’s my whole life, probably inherited from my father. It was worse when I was a child and pre-teen (hands...

Dealing with the Effects of Cold