Weight loss is often a matter of choice - we choose to change our diet and exercise habits to become healthier. If there is a clear and healthy reason then weight loss is normal. However, it is also common to lose weight if you have a serious disease. An unexplained weight loss of 10 pounds or more should be investigated by a doctor. This leaflet lists some of the more common causes of unintentional weight loss.

Some causes of weight loss

Some people with unintentional weight loss as a first symptom actually have one or more symptoms if they were questioned about them. Weight loss is sometimes the first symptom noticed by the person, relative or friend.

Common causes of unintentional weight loss are listed below. The list is not exhaustive.

In the vast majority of cases of cancer, other symptoms will develop before any weight loss. The first signs of cancer depend on the type and site of the cancer. However, occasionally, weight loss is the first symptom noticed. The weight loss is partly due to the increased activity of cancer cells in the body that require nutrition. (Weight loss in more advanced cancer is due to various combined factors.) Common cancers that cause weight loss include those affecting the pancreas, the oesophagus, the stomach and the lung.

Type 2 diabetes occurs mainly in people aged over 40, although it can occur at younger ages. The four common symptoms are being thirsty a lot of the time, passing large amounts of urine, tiredness and weight loss. Some people pass off the first three symptoms to do with other things, or 'getting older'. So, weight loss is sometimes the first thing reported to a doctor. The weight loss is partly due to the sugar (glucose) that is passed out with the urine.

Depression has a number of symptoms. However, some people do not recognise that they have depression. They may feel low and not right but cannot say why. They may even think of it as just normal for them. Many people with depression can hide their true feelings from friends and family. Weight loss may develop due to not eating much. It is sometimes friends or family who may actually notice that a person has lost weight and it then turns out to be due to depression.

Anxiety can be associated with weight loss or weight gain. While some people react to stress by comfort eating, others may experience a reduced appetite. Anxiety and depression often occur together, and the depressive features may result in reduced food intake. Smokers may find they respond to stress by smoking more; nicotine can be a potent appetite suppressant. Some people may resort to alcohol to combat anxiety and this may also be associated with weight loss (see below).

Hyperthyroidism means that you make too much of a hormone called thyroxine. The extra thyroxine causes many of your body's functions to speed up. There are lots of possible symptoms such as:

Another typical symptom is losing weight despite an increased appetite. This may be a first symptom. However, again, some of the other symptoms that may occur, such as being restless, nervous, emotional or irritable, may just be put down to a stressful time of life or to your personality. In the early stages of hyperthyroidism some people actually feel well and full of energy and don't realise they have a problem but lose weight.

It would be unusual not to have other symptoms with a chronic infection. But, occasionally, the first symptom that is noticed with infections such as tuberculosis or HIV is weight loss. Hookworm infection of the gut is another example where weight loss may be the first indication of disease. Hookworm is a very common problem worldwide (but rare in the UK). Likewise, there are various conditions that cause persistent inflammation of a part or parts of the body. Again, other symptoms would be usual. However, sometimes an inflammatory condition such as polymyalgia rheumatica may just make you feel unwell and lose weight prior to other symptoms developing.

There are various diseases that can affect the way food is absorbed and taken into the body from the gut. These would normally cause symptoms such as diarrhoea. However, weight loss may be the first symptom noticed. Examples include coeliac disease, Crohn's disease and ulcerative colitis.

In conditions such as anorexia, a person usually knows they are tightly controlling their diet and exercise and are actively trying to lose weight. However, this may be hidden from friends and family and may not be divulged even to the doctor.

Sometimes medication may cause side-effects resulting in weight loss. For example, some pills may cause a loss of appetite, or a dry mouth. Some cause heartburn or give a mild tummy discomfort. Others may affect the sense of taste or smell, or make people feel sick. Any of these side-effects could affect eating habits and result in a loss of weight.

When to see a doctor

If you keep losing weight for no reason, see a doctor. This is because, as a general rule, the earlier a serious problem is diagnosed, the better the chance that treatment may improve the outlook (prognosis).

Your doctor is likely to ask various questions. He or she may actually uncover other symptoms that you were either unaware of or did not think were significant. He or she may also examine you. Tests, such as blood tests, may or may not be appropriate. Following a doctor's assessment, the likely cause may be clear and your doctor will advise on what to do next.

What is the treatment?

The treatment depends on the cause. See individual leaflets on the various diseases that can cause weight loss. 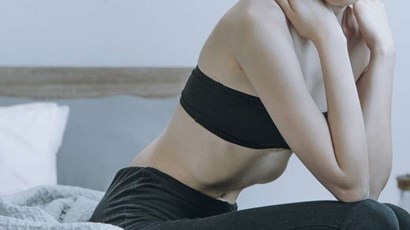 I have lost 11lbs in 27 weeks (6.5 months) - no apparent reason for the weight loss - eating normally, cut alcohol out weekly now and drink only Fridays, I used to drink 2-3 times during the week but...