Restless legs syndrome causes uncomfortable feelings in your legs. As a result, you have an urge to move your legs which gives temporary relief. Symptoms come on when resting and are worse at the end of the day. No treatment may be needed if symptoms are mild. Medication can ease symptoms if the condition is distressing.

What is restless legs syndrome?

Restless legs syndrome (RLS) is sometimes called Willis-Ekbom disease after the doctors who first described it. It is a condition where you have an urge to move your legs. This is usually caused by an uncomfortable or unpleasant feeling in the legs.

Many people with RLS find it difficult to describe the feeling that they get in their legs. It may be like a crawling sensation, or like an electric feeling, or like toothache, or like water running down your leg, or like itchy bones or just fidgety, jumpy or twitchy legs, or just uncomfortable. Some people describe a deep painful feeling in their legs. The unpleasant feelings make you have an urge to move. Typically, when the unpleasant feelings occur they occur every 10-60 seconds and so you become quite restless.

About 9 in 10 people with RLS also have sudden jerks (involuntary movements) of their legs when they are asleep. This is called periodic limb movements of sleep (PLMS). These movements can wake you up (and/or your partner). Some jerks may also occur when you are awake but resting.

The severity of symptoms can vary from a mild restlessness of the legs on some evenings, to a distressing problem that occurs every evening and night, which regularly disturbs sleep. Many people fall somewhere in between these extremes. If you have moderate or severe symptoms it may lead to lack of sleep (insomnia), anxiety and depression.

In addition to the unpleasant symptoms when they occur, many people with RLS become persistently tired. This is due to the symptoms of restlessness and/or PLMS that can cause regular disturbed nights' sleep. This can have a knock-on effect of causing daytime tiredness due to lack of sleep.

About 2-5 adults in 100 have some degree of RLS. It can affect anyone and can first develop at any age. It is more common as you become older, however. Women are affected twice as much as men. Restless legs syndrome can occur in children, but is much less common.

The cause is not known in most cases

This is called primary or idiopathic RLS. (Idiopathic means of unknown cause.) Symptoms tend to become slowly worse over the years. It is thought that the cause may be a slight lack of, or imbalance of, some brain chemicals (neurotransmitters), especially one called dopamine. It is not known why this should occur. There may be some genetic factor, as primary RLS runs in some families.

Symptoms of RLS can develop as a complication of certain other conditions. For example:

How is restless legs syndrome diagnosed? Do I need any tests?

A doctor will usually make the diagnosis of RLS from the typical symptoms. There is no test to prove the diagnosis. A doctor may do some tests to rule out a secondary cause. For example, you would normally have a blood test to check for a lack of iron and to rule out kidney disease. In some cases further tests may be needed if the diagnosis is not clear.

Treatment for secondary RLS is to treat the underlying cause, such as iron deficiency, etc. Perhaps a change of medication may be advised if a side-effect from a medicine is thought to be responsible. However, most people with RLS have primary RLS.

For primary RLS, if symptoms are mild or infrequent then no treatment may be needed or wanted. Many people are reassured that they have primary RLS and not something more serious. (Some people with RLS fear that they have a serious neurological disorder.) If the symptoms are troublesome then one or more of the following remedies for restless legs may be advised.

If symptoms are not helped much by the above then your doctor may suggest medication for restless legs syndrome.

Iron supplements. Keeping iron levels in the body well above the minimal normal level seems to help some people with RLS. So even if your iron levels are normal, if the level is in the lower end of the normal range you may be advised to take extra iron. Too much iron can cause problems too, so your iron level may be monitored. There is not enough evidence to know if other supplements, such as magnesium, help for RLS. Too much of any vitamin or mineral can cause as many problems as too little, so discuss any extra supplements with your doctor before trying them.

These treatments cannot be used for a very long time.This is because they tend to stop working after a while and you need ever-increasing doses. Also after a time on dopamine agonists, symptoms can suddenly become much worse. If this is the case, you will need to stop or change your medication.

Alpha-2-delta ligands. This is another group of recommended medicines and may be used instead. The two possible options are gabapentin and pregabalin. These are less likely to have the problem above of needing ever-increasing doses and symptoms becoming worse after a time. However they can also cause side-effects, so the pros and cons of treatment have to be weighed up.

Other medicines. Sometimes strong painkillers, and benzodiazepines are used. One may be tried if other treatments have not helped. These become addictive if used for long periods of time, so short courses or occasional use are best.

The outlook (prognosis) for RLS varies. In some people, the problem gradually becomes worse. It may also lead to other problems, such as a less good quality of life, insomnia, anxiety or depression. In others, however, it stays much the same without becoming worse or better. In some people symptoms improve of their own accord, or there are long periods of time with no symptoms. If RLS is due to another condition (secondary RLS) then it will often improve once the cause has been treated.

RLS is not life-threatening - it does not cause death, but it can affect quality of life. In some people it can cause a lot of distress. There is no cure for RLS, but usually medicines can help symptoms if they are interfering with your quality of life. 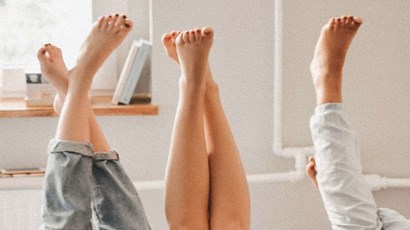 Hi guys, Ive been prescribed zopiclone 7.5mg as I'm not sleeping at all no matter what I do and at the moment these appear to be the only things that can give me some sleep. As well as struggling to...