Viral skin infections are a wide group of conditions. They can be a reaction to a virus inside your body, or they can be an actual infection of your skin. They range from the entirely harmless, to the quite serious (but not usually life-threatening). Some are contagious; others you can touch without catching.

I'm sure you're used to your doctor saying: 'It's just a virus!' Viruses are tiny germs. You can't see them with the naked eye. They are all around us and are usually harmless (the common cold is caused by viruses, for example). On the other hand, some can be really bad for you (like HIV).

This leaflet is about how viruses can affect your skin. It will cover the common things that you are likely to see in you and your children.

The bite of winter is definitely in the air. If you're someone who gets outbreaks of cold sores ...

Which conditions you can catch?

There are some viral skin infections that you catch by touching someone else. Chickenpox is a common example (although you can also catch chickenpox through the air). Molluscum contagiosum and herpes simplex are probably the other most common examples we see in the UK. In the farming community there is something called 'orf'.

Which conditions cause a rash to come out all over?

Back in the 1970s, GPs in the UK used to see measles and German measles: these are viral infection inside your body, but which make a rash come out all over your skin. But nowadays they are practically unheard of in the UK. They are still common in the developing world though. More common examples are pityriasis rosea and hand, foot and mouth disease.

Why does my child come out in a rash if they are a bit ill?

This is probably the most common type of viral skin condition, referred to sometimes as a 'reactive viral rash'. Family doctors (GPs) see this all the time. It can come out when your child has a high temperature (fever), or even a couple of days after having an illness. It is pretty harmless and not passed on by physical contact (contagious).

The picture above shows the typical 'herald patch' of pityriasis rosea. The rash will cover almost the whole tummy and chest. It fades in a few weeks to a few months and isn't contagious.

By Ben Tillman (Own work), Public domain, via Wikimedia Commons

The image above shows a typical cold sore on someone's lip. It is tingly and a bit sore. It'll go away in a few weeks but if you kiss them you can catch it!

Finally, the above close-up image shows the typical spots of molluscum contagiosum: they are harmless and not particularly contagious. They do go away but only after a year or two. They are best left alone.

How does my doctor diagnose a skin infection?

How do I know which virus has caused my rash?

Blood tests can only detect some viruses, and even then they are quite slow tests, often taking a few weeks to come back.

There are a few conditions where a virus is known to cause a specific skin condition.

What treatment is needed?

Thankfully almost all viral skin conditions get better by themselves. Sometimes no treatment at all is needed; sometimes a lotion can be used to soothe your skin (like calamine lotion in chickenpox). Certain skin conditions caused by herpes simplex can be treated with antiviral medicines that are prescribed by a doctor.

My doctor said my child has a viral rash - what can I do?

Is there anything I can do for chickenpox?

Why does my cold sore keeping coming back?

When should I seek help for a rash?

Occasionally a rash can be a sign of serious illness. The best sign that someone is unwell with a rash is if they feel ill or, in the case of a baby or someone who can't talk, if they look ill. Rare but life-threatening infections like meningococcal septicaemia can cause a rash but by then the person will also be feeling very ill.

In general, seek medical advice if you or your child have a rash but also feel or look ill. 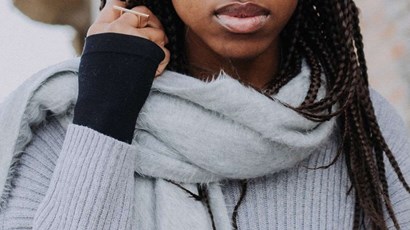 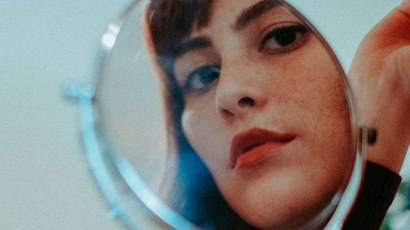 What to do when you feel a cold sore coming on

Surprising facts everyone should know about cold sores

PLEASE TELL ME WHATS IN THE PICS. I’ve been having severe health issues from my neck hurting all the time to not being able to breathe. My oxygen levels have gone down to 88% and hovered around 92%....