In this series Irritable Bowel Syndrome (IBS) Trapped Wind, Gas and Bloating Bile Acid Diarrhoea Antispasmodic Medicines
This page has been archived. It has not been updated since 23/07/2018. External links and references may no longer work.

Probiotics are microscopic, live organisms (microbes) that, if you swallow in large enough amounts, are good for your health.

Prebiotics are foods that help to increase the numbers and activity of healthy microbes in your gut.

What is a probiotic?

There are trillions of microscopic organisms in your gut (digestive system), especially the last part of the gut, the large intestine (colon). They are important for your health. They are sometimes called 'healthy' or 'good' bacteria. They rely on what we eat and drink to grow and to increase in number. Probiotics are medicines, food that has been fermented or food supplements that contain these bacteria. The best known are called lactic acid bacteria (LAB) and bifidobacteria. However, there are others, including a yeast and other bacteria. They are being added to some foods, such as yoghurts, and are also available as capsules, tablets and sachets, and even sprays.

Probiotics are live bacteria but are not usually harmful. They aren't killed by being stored (as long as they are stored properly) and they can survive the journey through the stomach without being killed by stomach acid.

LABs are used for preserving food by fermenting it, such as in yoghurt, kefir, sauerkraut and kimchi.

What is a prebiotic?

Prebiotics are foods that your body can't breakdown and absorb (digest). They encourage the growth and activity of healthy gut microbes. By doing this they may improve your health.

Most prebiotics are food ingredients found, for example, in biscuits, cereals and dairy products. They are used to improve the mouth-feel and acceptability of low-fat foods and to sweeten low-calorie foods.

What is a synbiotic?

Synbiotic is the word for a product that contains both a probiotic and a prebiotic.

How do probiotics and prebiotics improve your health?

However, many claims are made for the health benefits from taking probiotics and prebiotics, which are not supported by evidence. In several countries manufacturers of probiotic-containing yoghurt have had to drop exaggerated claims that it boosted immunity and aided 'intestinal rhythm'. The worldwide probiotic market was said to be worth US$35 billion in 2015 and is expected to grow rapidly in the coming years.

Probiotics for diarrhoea caused by antibiotics

Irritable bowel syndrome (IBS) is a very common condition that causes frequent attacks of tummy pain, bloating and either constipation or diarrhoea. Probiotics have been shown to be an effective treatment for IBS, although it isn't clear which strain of probiotic or what dose works best.

Do probiotics prevent colds and stomach bugs in children who go to nursery?

There is some research that suggests probiotics might reduce the number of 'coughs and colds' (respiratory tract infections) in children who attend day nursery but the research isn't very convincing and is only for LABs. There is no evidence that probiotics can prevent stomach bugs in young children.

Do probiotics prevent allergy in children?

They are not recommended to prevent allergies. This is because, although probiotics taken by the mother when she is pregnant and by the baby once born may reduce the chances of developing atopic eczema, they may also increase the risk of developing wheezing and allergic rhinitis.

Do probiotics help in the treatment of diarrhoea in children?

Yes. In research that included almost 2,500 children, treatment with a specific type of LAB probiotic (in addition to normal treatment) was shown to shorten the number of days that a child had diarrhoea for by a day.

Tummy (abdominal) pain is very common in children and they can sometimes get it repeatedly. It isn't clear whether or not probiotics might help, as so far the research isn't of good enough quality.

See the separate leaflet called Recurrent Abdominal Pain in Children for more information on this problem.

Do probiotics help in baby colic?

There is some research that suggests a particular type of LAB (Lactobacillus reuteri DSM 17938) may help with the treatment of a baby who gets colic, but only if they are fully breastfed. There is very little research on using probiotics to prevent colic.

Bacterial vaginosis (BV) and vaginal thrush are the two most common infections that women can get in their vagina. Researchers are looking at whether using probiotics (either swallowing them or using them internally put into the vagina) might be effective in treating or preventing these infections. Both of these infections depend on the normal microbes that live in the vagina being reduced, so it is possible that probiotics might help but so far the results are unclear.

You can read more about both of these conditions in our separate leaflets called Bacterial Vaginosis and Vaginal Thrush (Yeast Infection).

Many women will have a urine infection at some time in their lives but a few women will get one again and again. There are studies looking at whether probiotics might reduce the chance of having a recurrent urine infection but unfortunately the studies are of poor quality. The authors of a review published in 2015 concluded that a benefit could not be ruled out.

Women of childbearing age are one of the most common groups to take probiotics and prebiotics as food supplements. In the Netherlands, almost one woman in every seven pregnant women takes them. It has been suggested that probiotics might reduce the chances of having a baby who is born too early (premature labour). Unfortunately this has not been proven and research has shown that probiotics and prebiotics neither increase or lessen the risk of having a premature labour, nor affect any other events of pregnancy.

Probiotics have also been taken by pregnant women to reduce the risk of their baby developing allergies. As explained above, this is not recommended.

If you are overweight or obese this can be for many different reasons but overall it is due to having taken in more energy, in the form of food and drink, than you have used up by being active. However, researchers have identified a link between the microbes in a person's gut and the likelihood that they are overweight or obese. What is not clear though is whether the different gut microbes are the cause of the weight gain or just the result of the diet that itself caused the weight gain. So, will probiotics help you to lose weight? For the moment, the answer is no, probably not.

You can read more about how to lose weight in the separate leaflet called Weight Loss (Weight Reduction).

Cancer of the colon is a very common cancer that may be linked to our diet. Researchers have suggested that probiotics and prebiotics might help prevent colon cancer but so far the research proving this is very limited.

Diarrhoea is a common side-effect of radiation to the tummy (abdomen) used to treat some cancers. Probiotics may be helpful in preventing and treating this effect of radiotherapy on the gut.

Are probiotics and prebiotics safe?

The quality of probiotics depends on the manufacturer and, since most are not manufactured as medicines, they do not have to satisfy the much more strict criteria for the regulatory standards of medicines. There are concerns regarding many commercially available products - a review showed several problems:

This issue needs to be resolved by the regulatory agencies.

Note: you can't assume that yoghurts and food supplements bought in the shops will have the same effects as the probiotics used in the studies discussed above, which used medicine-grade probiotics of specific strains and doses. 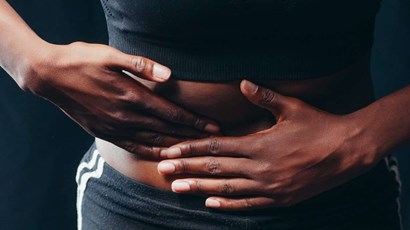 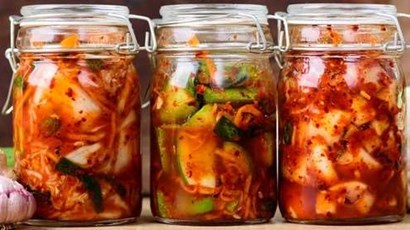 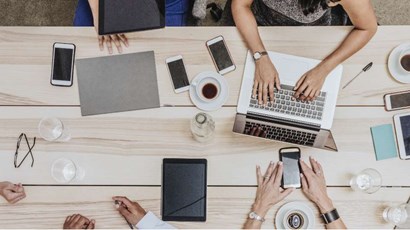 How does IBS affect people at work? 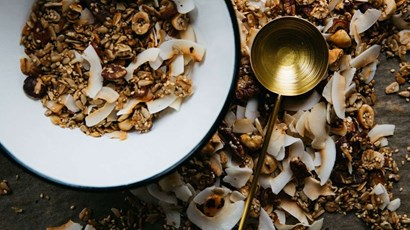 I am in the midst of this deficiency trying to recover from the horrible symptoms that it can cause. I want to hear from people who have overcome this deficiency and how they did it. If there was...