Intussusception and volvulus are two different conditions that cause a blockage of the guts (bowel obstruction). This blockage causes similar symptoms but the cause and treatment are different in the two conditions. Both can occur at any age but this leaflet is only about these conditions in children.

Intussusception and Volvulus in Children

Occasionally there is another abnormality already existing in the guts which makes intussusception more likely. Possible causes include pockets (diverticulae) or lumps (polyps or tumours) in the intestines, and conditions such as cystic fibrosis or Henoch-Schönlein purpura (HSP).

What are the symptoms of intussusception?

The main symptom is tummy pain. This tends to come in spasms which last a few minutes and occur every 10-20 minutes. In a young baby you may only know they have tummy pain because they are crying, and may draw their knees up towards their chest. The baby or child may seem fine between spasms at first, but as time goes on they may seem tired, irritable or floppy. The pain may then become more constant, and there may be vomiting. The vomit may be a green colour. There may be blood and/or a sticky fluid called mucus in their poo (stools). This is sometimes described as looking a bit like redcurrant jelly. The vomiting may cause signs of a lack of fluid in the body (dehydration). Signs of dehydration include being tired and floppy, having fewer wet nappies than usual and the soft spot on the top of the head (fontanelle) being more sunken. The child may develop a high temperature (fever).

The doctor will examine your baby or child and feel their tummy. If intussusception is suspected, you will be sent into hospital for further tests. Various tests might be done, but the most common would be blood tests, an ultrasound scan and/or a tummy X-ray.

What is the treatment for intussusception?

It is important that intussusception be treated urgently before any permanent damage is done to the intestines and before the child becomes too unwell. The child will probably need to have fluids given by a drip (intravenous or IV fluids) and a tube through their nose into their stomach (a nasogastric or NG tube) to suck out the contents of the gut while it is blocked. The usual first treatment is a procedure called an air enema. Air is pumped through a tube placed into the child's bottom, and this pushes the bowel open again. Ultrasound or X-ray views at the same time show the progress so that the doctors can see if it is working.

If this procedure does not work then an operation may be needed, involving a general anaesthetic and a small 'keyhole' cut into the tummy (a laparoscopy). This may also be needed if the condition has become very severe - for example, if the bowel has burst (perforated). If this is the case, then a larger cut to open up the tummy may be needed (a laparotomy) and a part of the bowel may need to be removed.

Studies are ongoing to establish the best way to treat intussusception. These include trying treatment with a steroid medicine called dexamethasone which may help lessen the chance of the condition recurring.

If intussusception is diagnosed early, the outlook (prognosis) is very good. The vast majority of children make a full recovery with no complications. The outlook is less good if the child is not treated until the condition has become severe and longer-lasting bowel damage has occurred.

After treatment intussusception can come back (recur) - this happens in around 5 children for every 100 who are treated.

Fortunately most cases of intussusception are picked up early enough for treatment to prevent any of these problems.

Volvulus also causes a bowel blockage (obstruction), but it is different to intussusception in that the bowel twists around itself rather than being caught up inside itself. A loop of bowel gets wound around another part of bowel along with the tissue that surrounds it (mesentery).

The twisting causes a blockage so that the contents of the bowel can no longer pass through. It can also cut off the blood supply to that part of the bowel, causing that section to die if not treated quickly.

Malrotation occurs quite commonly (about 1 in 500 births) but in most cases does not lead to volvulus. The way a part of the gut has developed leaves it in a position which is more susceptible to being twisted and wrapped around itself. This type of volvulus tends to occur in very young babies, most often within the first month of life.

What are the symptoms of volvulus?

Symptoms vary slightly depending on where the gut is twisted, but in general are those of a blockage (obstruction). Possible symptoms include:

If volvulus is suspected, your child would be sent to hospital. X-rays of the tummy are usually helpful in making the diagnosis. Often a substance which shows up on X-ray, called contrast medium, may be used. A series of X-rays may be used, following the progress of the contrast through the guts to see where it gets stuck. Ultrasound scans may also be useful. Blood tests are also usually needed to check for the effect of the blockage on the other body systems.

What is the treatment for volvulus?

An operation called a Ladd's procedure is the usual treatment. This has to be done as a matter of urgency before long-lasting damage to the gut can occur. During the operation, the gut is untwisted and positioned so that it is unlikely to twist again. Any tight bands formed around the guts are cut. Often the appendix is removed too, as a person with malrotation may have their appendix in an unusual position which might mean a case of appendicitis could be missed in the future.

The operation involves a general anaesthetic and open or keyhole surgery in the tummy area. After the operation, the child will have fluids, nutrition and painkillers through a vein (intravenously) for a few days while the gut heals.

Outlook (prognosis) depends on how quickly the condition is diagnosed and treated. If treated late, complications can occur such as: 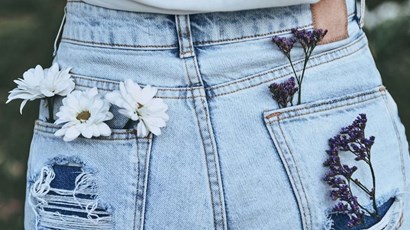 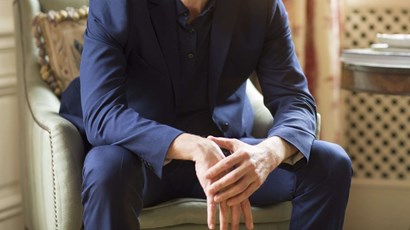 Hi , I'm mostly posting for any people that have had or heard of any similar experiences to my current situation. I'm a 28 y/o male and relatively fit and gym 3 times a week on average, have drank...