Allergic conjunctivitis causes red, watery, itchy or gritty eyes. The condition is not usually painful and does not make eyes sensitive to light. It does not affect vision. The most common cause is an allergy to pollen in the hay fever season. Other causes are allergies to house dust mite, cosmetics, and problems with contact lenses, although these are less common. Eye drops usually ease symptoms.

Conjunctivitis means inflammation of the conjunctiva. The conjunctiva is the thin 'skin' that covers the white part of the eyes and the inside of the eyelids. It is made up of layers of specially adapted see-through (transparent) cells.

Conjunctivitis is usually due to allergy, infection or irritation of the conjunctiva.

Allergic reaction is a very common cause of conjunctivitis.

Infection is the most common cause and, in addition to itch, redness and grittiness, there is usually a sticky discharge. Many germs (bacterial or viruses) can cause conjunctivitis. See the separate leaflet called Infective Conjunctivitis for more details.

This is something most of us have experienced occasionally. For example, your conjunctiva may become red and inflamed after getting shampoo in your eyes, or after you rub your eyes when chopping chillies. The chlorine in swimming baths is another common cause. Also, in the days when smoking was allowed in bars, many people developed irritant conjunctivitis from cigarette smoke.

This rest of this leaflet is about conjunctivitis caused by an allergy.

What is allergic conjunctivitis?

Allergy means that the immune system overreacts to something to which it has become sensitive. Symptoms of increased immune activity in the eyes include redness, wateriness and itching. These are part of the body's defence mechanism to things it sees as foreign and harmful.

Seasonal allergic conjunctivitis due to pollens and moulds

Seasonal conjunctivitis occurs at the same time each year. Most cases are due to pollen and occur in the hay fever season. Symptoms of this type of allergic conjunctivitis tend to last a few weeks each year and may vary with the pollen count. This is a measure of the amount of pollen in the air each day. The pollen count is often published in the press and in online weather forecasts.

Different people are sensitive to different groups of pollens. Grass pollens tend to cause symptoms in early summer, usually from April through to July in the UK. Tree pollens may cause symptoms as early as February or March or as late as September, depending on when the tree species involved shed their pollen. Various other pollens and moulds cause symptoms later in the summer.

If you have seasonal conjunctivitis you may also have other symptoms of hay fever, such as a runny nose and sore throat like a common cold.

This is an allergic conjunctivitis that persists throughout the year (perennial means through the year). This is most commonly due to an allergy to house dust mites. House dust mite is a tiny insect-like creature that lives in every home. It mainly lives in bedrooms, carpets and mattresses, as part of the dust. People with perennial conjunctivitis usually also have perennial allergic rhinitis (this causes symptoms such as sneezing and a runny nose). Symptoms tend to be worse each morning when you first wake.

Coming into contact with some animals can cause allergic conjunctivitis. This is usually due to allergy to fur or hair.

This type of allergic conjunctivitis is uncommon. It is an inflammation of the conjunctiva lining the upper eyelid. It occurs in some people who have a small object on the eye - most commonly, a contact lens. It affects about 1 in 100 wearers of contact lenses. The exact cause of the inflammation is unclear - it is possibly an allergic reaction to debris caught behind a lens or to poor lens hygiene (not being careful enough with managing your lenses). It also sometimes develops after eye surgery.

Some people become sensitised to cosmetics, eye make-up, eye drops or other chemicals that come into contact with the conjunctiva. This then causes an allergic response and symptoms of allergic conjunctivitis. In this condition the skin on the eyelids may also become inflamed. It is then called contact dermatoconjunctivitis.

What are the symptoms of allergic conjunctivitis?

Are there any possible complications of allergic conjunctivitis?

Seasonal and perennial conjunctivitis can be unpleasant; however, complications do not usually occur. Contact dermatoconjunctivitis and giant papillary conjunctivitis occasionally cause inflammation and ulceration of the cornea (a condition called keratitis). This can have a long-term effect on vision if left untreated.

What is the treatment for allergic conjunctivitis?

Try not to rub your eyes

This can cause red eyes and more inflammation.

using an over-the-counter 'eye bath' or soaking a flannel in cold water then gently bathing the eyes may ease symptoms.

Avoid the cause of the allergy

If you have seasonal conjunctivitis then during the hay fever season try to avoid pollen by staying indoors as much as possible. Close windows, drive with windows shut and internal air circulation on in your car, and by wear wraparound sunglasses when out. Washing your hair before going to bed may help developing symptoms at night.

In general, do not wear lenses until symptoms have gone, and for 24 hours after the last dose of any eye drop or ointment. However, your doctor or optician (optometrist) will advise if you can wear lenses with certain types of drops.

In addition to the general measures described above:

If symptoms are mild, no treatment may be needed.

Eye drops are often prescribed to ease the symptoms of allergic conjunctivitis. (Tablets may also be prescribed and, in the past, injections have been used.)

The most commonly used eye drops are antihistamine eye drops and mast cell stabiliser eye drops. (Mast cells and histamine are both part of the body's allergic reaction. The eye drops counter their effects.) Eye drops usually work well. You need to use them soon after waking and then regularly to keep symptoms of allergic conjunctivitis away until the cause of the allergy goes away (if it does). Some people find one product works better than another. Therefore, if the first does not work so well, a switch to another may help. If your eyelids are very swollen, it may take several days for the drops to ease symptoms fully.

Note: tell your doctor or pharmacist if you are pregnant or breast-feeding, as some treatments (including some eye drops) may not be advised.

A problem with contact lenses is the main cause of this condition. Treatment is generally to stop wearing contact lenses until the symptoms clear. Improved lens hygiene or a change in lens type may be needed to stop the problem returning. Antihistamine eye drops or mast cell stabiliser eye drops (described above) may also help to ease symptoms before the lenses are tried again..

Treatment is to avoid whatever caused the reaction. When caused by a cosmetic, you should let symptoms go completely before trying an alternative product. Mascara should be changed for a fresh bottle every three months in any case, on hygiene grounds. However, it may be necessary to change brand or type of eye make-up. Make-up which drops tiny fibres into the eyes, such as lash-lengthening mascaras, is a common cause. Lash-building and lash-thickening mascaras are often the culprits.

Some cases are caused by an allergy to a particular eye drop used for another eye disease. Glaucoma drops can commonly have this effect, as can the drops sold by pharmacists for lengthening eyelashes (these are actually a type of glaucoma medication). In the first situation you may need a specialist's advice as to what alternative eye drops may be suitable for the condition. In the second you may have to forget about lengthening eyelashes, or consider eyelash extensions (which need to be renewed every three to four weeks).

The general measures described earlier may help to soothe the eye until symptoms resolve. Antihistamine eye drops or mast cell stabiliser eye drops (described above) do not work in this type of conjunctivitis.

It is sometimes difficult for a healthcare professional to tell the difference between allergic and infective conjunctivitis. This is particularly so in the hay fever season when red, watery eyes are common. Allergic conjunctivitis and bacterial conjunctivitis usually affect both eyes:

If only one eye is red then it is very unlikely to be due to allergic conjunctivitis.

Many other eye conditions can cause one or both of the eyes to be red, and these may be mistaken at first for conjunctivitis. They include inflammatory conditions affecting the inside of the eye, shingles, iritis and ulceration of the eye (although all these conditions tend to cause blurring or reduction of vision, together with pain). 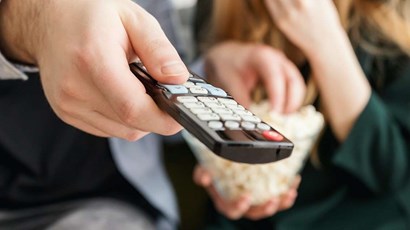 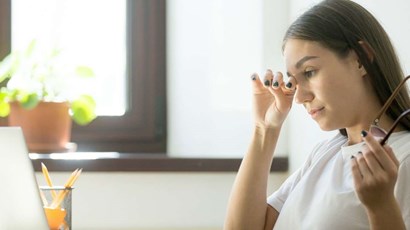 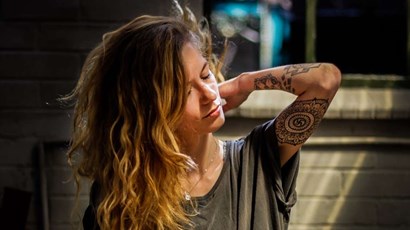 What is the connection between back, neck, and eye pain? 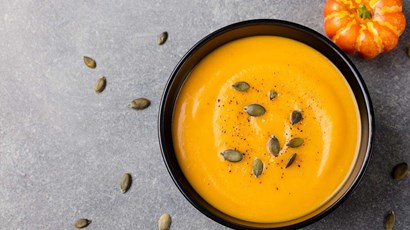 Hi Everyone!For the last 4 years or more (can't remember exact timing) I have had some weird things going on with my vision. First let me say that I do see my eye doctor as she requests and so far...