When should I worry about an insect bite?

Insect bites are common at this time of year - but what are the signs that a bite may require medical attention, and how can you tell which insect is responsible for which itch?

We've all been there - enjoying a balmy summer's evening outside, only to hear that telltale buzz. Mosquitoes, midges and horseflies are a common menace at this time of year, and they often like to mark the occasion with one or more itchy bites.

While insect bites aren't exactly pleasant, we tend to see them as something to be tolerated. Unlike tropical regions - in which mosquitoes can carry malarial parasites - the UK does not pay host to many dangerous insects, and most bites will go away by themselves in a few days.

However, if a bite is really bothering you, it's a good idea to look into strategies for relieving the irritation. It's also important to be wise to the signs that a bite may be something more serious.

What are the most common insect bites?

If you're in the UK, the culprit is most likely to be a flea, tick, mosquito, horsefly, bedbug or midge. Because the different bites can be quite similar in presentation, it can be hard to tell them apart.

"Mosquito and midge bites cause small, pink or red bumps on your skin. They are usually very itchy," says pharmacist Rupal Joshi, clinical lead at Numan. "Bites from fleas are usually small, itchy red lumps and can be grouped together in clusters of a few bites together. They are often found on the ankles and legs. Bedbug bites are also clustered but are often in a straight line across the skin. They typically occur on the face, neck, hands or arms."

You will probably know if a horsefly has bitten you as the bite will cause a painful, burning sensation. (Mosquitoes release a mild anaesthetic, but no such luck with horseflies!) These stealthy insects are light and can go undetected on your body, allowing them ample time to rupture your skin.

"The bitten area of skin will usually be red and raised and can also be accompanied by dizziness or weakness. This bite also lasts longer," says Joshi.

While it may be stretching the definition of a 'bite', wasp and bee stings are another common problem during the summer.

"Wasp and bee stings are initially quite painful, and develop into a red swollen area which is less painful but very itchy," says Dr Stuart Sanders, GP at The London General Practice. "The swollen area increases over 12 to 24 hours and then subsides over the next few days. Washing the area and applying antihistamine cream should help."

If the insect's sting is visible in the skin it should be scraped out (with the edge of a knife, a credit card or even a fingernail) as soon as possible. Never pluck it out by grasping it with tweezers or your fingernails, as this can squeeze more venom into the skin.

Stinging nettles grow widely across the UK and Europe. Whilst nettle stings aren't typically too...

Why you need to be wary about tick bites

Tick bites are a slightly different story. Although the bite itself is not usually painful - you may not even realise you've been bitten - the tick can remain attached to the skin for up to a fortnight and will need to be removed with a special tick remover or fine-toothed tweezers.

The danger here is that some ticks carry Lyme disease, a sometimes debilitating infection that is becoming more prevalent across Europe.

"The tick is a small insect that crawls on to the skin and attaches itself, sucking the host's blood and enlarging, at which stage it can be easily seen," says Dr Sanders. "When it is filled with blood, it drops off. Flying insect stings can occur on any exposed part of the body and under clothing, whereas ticks go for the lower part of the trunk and legs."

A telltale sign that you have contracted Lyme disease is the presence of a bullseye rash, spreading out from the site of the bite. This can appear between three and 36 days after being bitten, although it isn't present in all Lyme patients. You may also experience flu-like symptoms. If you suspect you've been bitten by a tick and develop the bullseye rash or other symptoms, seek medical help.

Prevention is better than cure here, so be careful when walking in woodland or through long, thick grass. This might mean covering up and using insect repellent, as well as checking yourself for ticks when you get back. You can find out more about preventive measures, and how to remove ticks, from our leaflet on Lyme disease.

A word on tick-borne encephalitis

Ticks can also be infected with a virus that causes tick-borne encephalitis (TBE), and can transmit the virus when they bite. TBE can also occasionally be passed on by drinking unpasteurised milk from infected animals, especially goats.

In 2019, the first case of TBE thought to have been caught in the UK was identified. Infected ticks are found in parts of Europe and Russia, China, Japan and South Korea. If you're travelling to an area with a high risk of TBE and are going to be spending a lot of time outdoors (camping, rambling, working in a forest etc) during tick season, you may need to consider vaccination against TBE. You should also seek websites such as Fitfortravel give information on where the risk is highest.

It goes without saying that this is just another reason to take steps to avoid tick bites. If you develop possible symptoms of TBE - high fever, severe headache, neck stiffness, weakness in one part of the body, confusion, seizures etc - you should seek emergency medical help.

How to manage insect bites

Tempting though it may be, the first rule in managing insect bites is not to scratch! Although it does relieve the itching temporarily, it can also break the skin and cause infection.

Instead, you could use a cold compress or ice pack to calm the itch and any swelling. Or pay a visit to your local pharmacist for some over-the-counter remedies and advice.

"Hydrocortisone is a steroid cream that works to reduce inflammation, and is often a useful tool for managing insect bites," says Abbas Kanani, pharmacist at Chemist Click. "Other creams or gels such as aloe vera gel can also provide a cooling sensation and reduce irritation caused by bites. Antihistamines are easily available over the counter and work to lower histamine, the chemical produced in response to a bite, which causes itchiness and raised skin."

When to seek medical attention

In the vast majority of cases, your pharmacist should be your first point of call for managing insect bites.

"Seek urgent medical attention, by dialing 999 [if in the UK], if you have signs of an allergic reaction," adds Joshi. "This could include swelling of the face, mouth or throat; difficulty breathing; increased heart rate; feeling light-headed or dizzy; or nausea and vomiting."

Most of the time though, an insect bite is nothing to worry about. It will die down without causing lasting damage, and your itch-free summer can recommence. 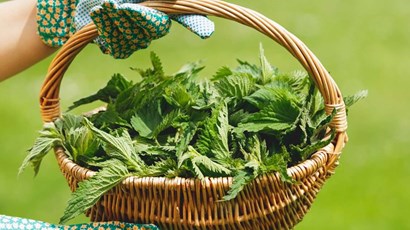 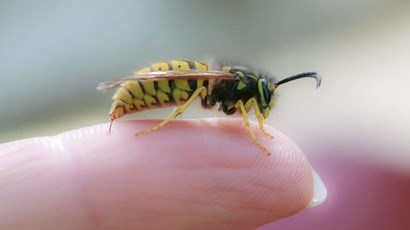 How to treat a wasp sting

What to do if you're stung by a jellyfish

Hi everyone,I had my cast removed two and a half weeks ago after I broke my wrist - my fingers are still quite swollen and I was wondering what everyone else’s experience was with swelling after cast...