How to combat winter depression and increase your serotonin

Winter depression, also known as seasonal affective disorder (SAD), affects around 2 million people in the UK. The lack of sunlight in winter causes a decrease in serotonin levels, the hormone that makes us feel happy. People with SAD can combat their depressive symptoms by following techniques that increase your serotonin.

The winter months can be a real struggle for people with 'winter depression' otherwise known as seasonal affective disorder (SAD). While the lack of sunlight can get all of us down from time to time, those with SAD experience symptoms of depression in a recurrent seasonal pattern. For most, this aligns with the shortest days in mid-winter over December, January and February. However, early symptoms often start between September and November and don't lift entirely until March or April.

It therefore follows that there are more cases of SAD in places that are farthest north of the equator where there is less sunlight. In the UK, it affects around 2 million people each year, and is four times more common in women than in men.

How is SAD affected by winter and serotonin levels?

In winter, as the days grow shorter and our exposure to sunlight decreases, our bodies produce less vitamin D. This vitamin is thought to play an important role in the activity of the hormone serotonin, a neurotransmitter which is responsible for balancing our mood.

While this physiological change happens in all of us, studies have found that people with SAD are more likely to have insufficient levels of vitamin D. Healthcare professionals also believe that those with SAD have more difficulty regulating serotonin.

One study has also suggested that people experiencing SAD have 5% more SERT, a protein that "leads to lower serotonin activity, thus causing depression."

As well as a decrease in serotonin, winter also triggers an increase in the hormone melatonin which makes us feel sleepier. The changes in these hormones disrupt our internal body clock (also known as circadian rhythms) which responds to the daily light-to-dark changes.

We may all feel this effect to some extent as we move to shorter, darker days in winter. However, research suggests that for people with SAD it is more difficult to adjust, as their body's signal, responsible for seasonal change, is timed differently.

Seasonal affective disorder is a form of depression, and so the symptoms centre on low mood and low energy. The following could all be signs of SAD:

A small percentage of people will experience these symptoms in periods, and feel happy, energetic and much more sociable the rest of the time.

Why does seasonal affective disorder (SAD) make us crave carbs?

Carb cravings in winter are common because of the energy and mood-boosting power of carbohydrate...

How to increase serotonin levels when you feel depressed in winter

According to Sir Cary Cooper, professor of organisational psychology and health, by incorporating certain lifestyle adjustments we can increase our serotonin levels in order to improve our mood and combat the symptoms of winter depression.

As Cooper points out, during winter most of us work in the dark and live in the dark, and making time to be outdoors is especially important for those working inside five days a week. A lot of the light we get is indoor artificial light, but even on an overcast day we can still benefit from the natural light that does get through. Sunlight on our skin produces vitamin D, which alongside other health benefits increases serotonin activity. It is also important to take vitamin D supplements during winter.

Physical activity also stimulates the release of serotonin. In addition, it helps balance our hormones responsible for stress - such as adrenaline - and keeps these from getting too high. Making exercise a regular part of our routine in winter can therefore have a hugely positive impact on our mental well-being.

Experiencing winter depression can make us withdraw from the company of others and become socially isolated. Losing these social interactions can make depression worse. It's important to make sure we're in regular contact with friends, and social activity could even be combined with getting outdoors or exercising to really improve our moods.

These are mood-boosting habits that we can all benefit from in winter, whether we believe we are experiencing SAD or to any extent find ourselves feeling down from time to time. There are, however, additional treatment options for those with SAD whose depressive symptoms continue to impact their lives significantly.

Treatment can also go in a clinical direction if you also have other mental health troubles that accompany SAD, such as other depressive, bipolar, attention deficit, problem drinking, and eating disorders. Unfortunately, SAD can exacerbate pre-existing mental health issues, and this co-occurrence can also make SAD difficult to diagnose.

Light therapy is widely recommended for SAD. While many of the studies assessing its effectiveness are not of the highest quality, it is an extremely safe treatment with virtually no side effects. The research we do have shows it can be as effective as antidepressant treatment.

Light therapy is considered to be the "least invasive, natural and researched treatment of seasonal affective disorder" after natural light. It works by replacing the sunlight we lose over winter, using bright artificial light. Light boxes emit full-spectrum light that is similar in composition to sunlight. However, it's important to get a regular 'dose' of light therapy - the length of time you'll need to spend varies with the strength of the light box.

Cognitive behavioural therapy (CBT) is a form of counselling that can help people manage depressive disorders such as SAD by re-training the brain to think and behave in a different way. The talking therapy can give people the tools to cope with the changes that winter brings. In one 2015 study, six weeks of CBT - made up of two 90-minute sessions per week - was shown to be as effective as 30 minutes of 10,000 lux of cool-white fluorescent light each morning.

If you have been diagnosed with SAD, your doctor may prescribe you antidepressant medication. These SSRI antidepressants mainly work by restoring the balance of serotonin in the brain, which in turn helps to relieve the depressive symptoms. 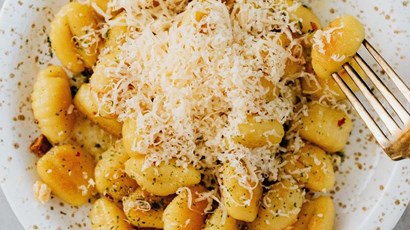 Why does seasonal affective disorder (SAD) make us crave carbs?

Hello there folks, I am not too sure where to begin with something like this. I am a 42 year old male who is on medication for depression, and have been for around 10 years now. Having had a chaotic...