Dilated cardiomyopathy is a condition caused by weakness of the heart muscle. The heart becomes enlarged (dilates) and pumps blood less well. Symptoms vary according to severity and the treatment depends on the type of symptoms and whether any complications develop. Some forms of dilated cardiomyopathy run in families.

In dilated cardiomyopathy the heart muscle is weakened. The ventricles then enlarge (dilate) because their muscular walls have become weak and floppy. This means the heart does not pump blood as strongly as normal.

There are many conditions which can cause damage or disease to heart muscle. Most are rare. They include:

If you only have mild enlargement of the heart, you may not have any symptoms. However, if your heart becomes very dilated, symptoms will develop. Symptoms may develop gradually or quite quickly, depending on how quickly the disease progresses. Dilated cardiomyopathy may cause heart failure, which results in:

A 'thumping heart' (palpitations) may sometimes occur. You may be aware that your heartbeat is fast and/or irregular. Some people develop chest pains. If the cardiomyopathy is a result of another cause (such as alcohol excess, myocarditis, etc) then you may also have various other symptoms.

How is dilated cardiomyopathy diagnosed?

A doctor may suspect this condition because of:

Various other tests may be done to find, or exclude, causes of an enlarged heart. If no underlying cause is found then the diagnosis of idiopathic dilated cardiomyopathy is confirmed. Further tests on the heart may be done to assess the severity of the condition. More specialised tests may be performed, depending on the severity of your cardiomyopathy.

If you have idiopathic dilated cardiomyopathy (of unknown cause) then your first-degree relatives (mother, father, brother, sister, child) may be advised to be tested (screened) by a heart specialist.

Treatment aims to ease symptoms if they occur and to prevent complications. If you do not have any symptoms, or only mild symptoms, you may not need any treatment. Treatment which may be required includes one or more of the following:

Various medicines are used to control the symptoms of heart failure. These include:

There are various anti-arrhythmic medicines (for example, amiodarone) which are used to treat and to prevent an abnormal rate or rhythm of the heartbeat (an arrhythmia). They work by interfering with the electrical impulses in the heart.

An anticoagulant may be advised if you develop atrial fibrillation or have a very enlarged (dilated) heart. When the heart beats irregularly, there is an increased risk of blood clots developing.

Other treatments may be an option if you develop arrhythmias. For example:

This is a newer treatment developed to help the changes in your heart muscle. Cardiac resynchronisation tries to improve how the electrical impulses in your heart make it pump. This makes it pump more efficiently. This is done by using a pacing device. This is a small box that is placed just under the skin on your chest wall. It has been shown to improve survival for some people.

Surgery has also been used to improve how efficiently the heart pumps. This is a rapidly developing area and there are various procedures used.

In some cases the condition progresses and severe heart failure develops. If this cannot be treated by the methods mentioned here, the only option for treatment is a heart transplant.

Complications occur in some cases and include the following:

An arrhythmia is an abnormal rate or rhythm of the heartbeat. There are various types of arrhythmia and some are more serious than others. An arrhythmia can come and go and can cause bouts of a 'thumping heart' (palpitations), dizziness and other symptoms. Some arrhythmias become permanent. An arrhythmia called atrial fibrillation is the most common one that develops in people with dilated cardiomyopathy. See separate leaflets called Abnormal Heart Rhythms (Arrhythmias) and Atrial Fibrillation.

The blood flow through the heart is slower than normal, especially when the heart is very enlarged (dilated). This can lead to small blood clots developing within the chambers of the heart. These may travel in the bloodstream and get stuck in arteries of the body. This may lead to a stroke if a clot gets stuck in an artery in the brain, or to other problems. The risk of blood clots developing can be greatly reduced by taking an anticoagulant medicine (see above). An anticoagulant medicine reduces the ability of the blood to clot.

Sudden collapse and death without any warning occur rarely in people with dilated cardiomyopathy. This is probably due to a severe arrhythmia which may develop suddenly. Medication and/or an implantable cardioverter defibrillator (ICD) may reduce this risk.

In some people with dilated cardiomyopathy their heart starts pumping more efficiently again. This is seen after some of the treatments mentioned above. 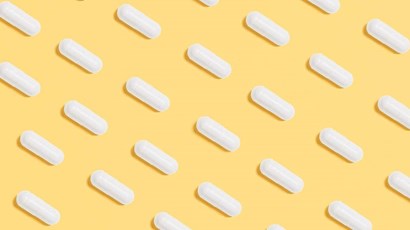 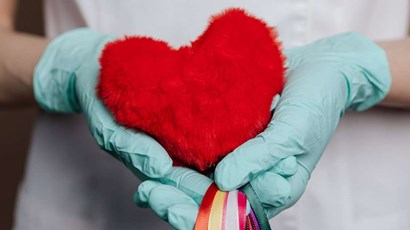 Dilated cardiomyopathy causes: what are the risk factors? 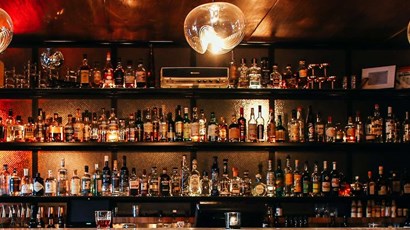 What is alcoholic cardiomyopathy?