How to alleviate your menopause sleep problems

Many women experience sleep disturbances during and after menopause, as well as in the preceding years (perimenopause). We ask the experts about how to treat these issues to improve sleep and boost health and well-being.

In 2016, research conducted on behalf of the British Menopause Society (BMS) revealed that 42% of women surveyed had unexpected menopausal symptoms that were worse or much worse than expected. One of these was sleep disturbance. More than 70% experienced night sweats that disrupted their sleep. Other studies suggest that up to 63% of women will experience insomnia or other sleep problems at menopause. A multi-ethnic study in the USA found that difficulty staying asleep was the most prevalent problem, with sleep maintenance and early morning wakening worsening significantly through late perimenopause.

The health impact of poor sleep

"Quality of sleep declines for everyone as they age," explains Dr Heather Currie, a specialist gynaecologist, trustee of the BMS, and founder of Menopause Matters. "But significantly so for many women as they approach menopause. And it doesn't just impact upon mood, energy and brain function in the short term."

Mr Michael Savvas, a consultant gynaecologist with a special interest in menopause and sleep disturbance, agrees.

"It's important to recognise that disturbed sleep is a major symptom of the menopause that often goes unrecognised," he says. "Poor sleep has long-term effects, including cardiovascular disease, diabetes, dementia and obesity, reduced immunity and even cancer. So, it is crucial to take steps to improve things if you're not getting around seven hours of good-quality sleep every night."

"Studies have shown that the change in hormone levels (oestrogen and progesterone) has a direct effect on the sleep cycle beyond hot flushes and night sweats," says Currie. "Also, melatonin levels lower as we age and this impairs the circadian system that regulates sleep."

Vasomotor symptoms (hot flushes and night sweats) are caused by changing hormone levels affecting the body's temperature control. "These symptoms are often at their worst during perimenopause," says Savvas, "though for some women they may last for up to ten years or more."

Mood changes are common in menopause and include depression, anxiety and irritability.

"Anxiety can make it difficult to get to sleep and depression can be a factor in non-restorative sleep and early morning waking," says Currie. "Though it has been proposed that menopausal sleep disturbance may actually be the underlying cause of anxiety and depression."

"There is a greater risk of developing mood changes around the time of the menopause if there is a history of postnatal depression and pre-menstrual syndrome," adds Savvas.

A 2015 study revealed that 45%-63% of menopausal women experienced bladder and vaginal symptoms including nocturia (needing to urinate during the night), soreness and irritation, and dyspareunia (painful sex). The decline in oestrogen leads to atrophic changes (thinning, drying and inflammation) of the delicate tissues in the bladder and vagina, which can cause sleep disturbance.

Many women experience joint pain at menopause, and aching, twitching muscles. A 2019 study showed that chronic pain syndromes such as fibromyalgia may worsen at menopause, and women with restless legs syndrome (RLS) often find the condition is exacerbated.

"One study of RLS patients found 69% of postmenopausal women perceived their symptoms as worse than before menopause," says Currie. "However, it is not clear whether restless leg syndrome contributes to sleep disturbance, or if women who are not sleeping well are more aware of the problem."

Studies show that sleep-disordered breathing and obstructive sleep apnoea are more common after menopause. These conditions may be associated with weight gain, and lowered levels of progesterone as this hormone influences the respiratory system.

"Sleep apnoea is not just about loud snoring and gasping," observes Currie. "In women it can also manifest as headaches, insomnia, depression or anxiety and daytime fatigue. Studies have shown that night sweats and hot flushes may be linked to increased risk of sleep apnoea, and it appears to be more common in women who have had a surgical menopause compared to natural menopause."

How to help yourself sleep better

Most people are familiar with basic sleep hygiene tips such as cutting out caffeine from the afternoon onwards, and avoiding heavy meals, alcohol, nicotine and screen-time later in the evening. But there are also things you can do during the day to improve your chances of a good night's sleep:

How to treat sleep disorders during menopause

Topical hormone replacement therapy (HRT) in the form of oestrogen creams and intra-vaginal pessaries can help alleviate vulval symptoms, and vaginal and urethral atrophy. But beware of products that contain mineral oil or other additives that can irritate sensitive tissues.

Systemic HRT can improve sleep quality, making it easier to get off to sleep, with less night-time waking; it has also been shown to improve chronic pain, mood and genitourinary symptoms. A 2017 study also demonstrated an improvement in hot flushes and night sweats.

Savvas is a member of the BMS medical advisory group and co-authored their guidelines on the use of HRT.

"HRT is the most effective way of alleviating menopausal symptoms, including issues that disturb sleep," he advises. "It is safe for most women to use and also protects against osteoporosis and heart disease. Taking oestrogen transdermally (via a patch, gel or spray) rather than orally reduces the tiny cancer risk even further and there is no risk of thrombosis. There is no time limit for how long you can stay on HRT though you should discuss this with your doctor."

The primary aim of HRT is to treat symptoms caused by oestrogen deficiency. However, for sleep disturbance, the addition of progesterone may have an added benefit. Utrogestan, natural progesterone, taken orally at night can increase drowsiness and help induce sleep (though the effect depends on dosage, and how it is metabolised varies from person to person). Progesterone is also associated with increased non-REM 3 sleep which is crucial for well-being.

"Studies have shown that cognitive behavioural therapy reduces menopausal symptoms including low mood, anxiety and sleep disturbance," says Currie. "Sleep hygiene and lifestyle changes are also useful. HRT is recommended to be used first-line for menopausal symptoms, but for women who are unable to take HRT, other medications such as low-dose antidepressants, and gabapentin and clonidine may be helpful particularly for night sweats."

Savvas adds that women in perimenopause who are experiencing sleep problems are often wrongly treated with sleeping pills for insomnia, when in fact it is declining hormone levels that are the cause.

"Women in their 40s who are still having periods may start getting sleep issues, mood changes and anxiety which are common symptoms in perimenopause," he explains. "If this is the case, they should make sure their GP considers perimenopause as a possibility. Sleeping pills may be helpful in the short term, but there are numerous side-effects with long-term use, including dizziness, memory problems and even increased risk of dementia."

There are various alternatives to HRT to ease the symptoms of menopause.

Interest has been shown in the use of melatonin for sleep disturbance, as the 'sleep hormone' is influenced by the decline in oestrogen and progesterone at menopause. However, there is uncertainty around the appropriate dose and possible interactions with medications including antidepressants, anticoagulants, and medicines for diabetes.

"While it's true that the body produces less melatonin with age," says Savvas, "the evidence that melatonin actually helps with sleep is poor. It can help with jetlag where the circadian rhythm is out of sync, but there's little evidence of benefit in supplement form for long-term sleep issues or for women at menopause."

Yoga, acupuncture, massage and meditation have all been shown to have beneficial effects on well-being and may help with relaxation and sleep. A 2017 study demonstrated that almost half of the menopausal women who took part experienced a decrease in vasomotor symptoms, but noted that more research was needed.

There is limited evidence to show that supplements such as magnolia bark, L-theanine, magnesium, 5-HTP and valerian can help induce better sleep - and black cohosh and red clover are purported to reduce night sweats. Phytoestrogens from plants including soya, tofu, chickpeas and nuts also act like a weaker form of oestrogen in the body.

However, more scientific evidence for efficacy is needed for supplements, phytoestrogens, and complementary therapies. Not all supplements contain pure ingredients or high enough levels to have a therapeutic effect, and they may induce side effects or have contra-indications with other medications.

Always consult your doctor before using supplements, and discuss other treatments including HRT, with your GP in the first instance. The BMS and Menopause Matters offer further information and advice on sleep disturbance during menopause and other related issues. 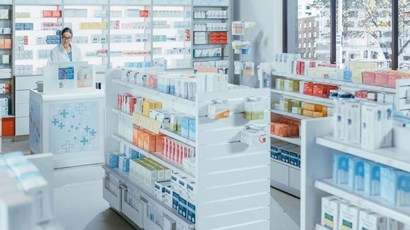 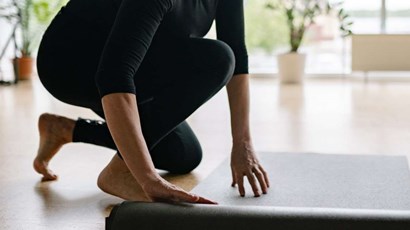 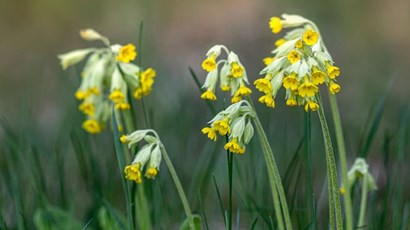