When you look at an object you see it because light reflects off the object and enters your eye. Your eye focuses this light into an image on the layer of the eye called the retina.

Structure of the eye

The clear front of your eye is called the cornea. This transparent disc sits over the pupil and iris, protecting them and letting in light. It is highly sensitive. The cornea also forms the first part of the process of focusing what you look at into an image on the back of your eye (see below).

The coloured part of your eye is called the iris. The iris is made up of muscle fibres which help to control the size of the pupil. The pupil is not an actual structure but the circular opening in the middle of the iris. The pupil appears as the dark central part of the eye. The pupil can change size (through changes in the iris) in order to regulate the amount of light going through it. In darkness your pupils will get bigger to allow in more light.

The retina is a layer on the inside of the back of the eyeball. It contains highly specialised nerve cells. These convert the light which is focused there into electrical signals. These are then passed through the optic nerves to the parts of the brain which process vision and build up the picture that we see.

Near the centre of the retina is the macula. The macula is a small highly sensitive part of the retina. It is responsible for detailed central vision, the part you use when you look directly at something. It contains the fovea, the area of your eye which produces the sharpest images of all.

In order for an object to be seen, the light coming from the object must hit the retina. Structures in the eye bend the light rays entering the eye so that when they reach the retina they are focused. The cornea and lens both help to do this. The cornea gives the initial bend to the light but the lens is the fine tuner. The lens can change shape with the help of the ciliary body which contains fine muscle fibres that pull on it. Depending on the angle of the light coming into it, the lens becomes more or less curved (convex). This alters its strength and allows it to focus the light correctly on to the back of the eye. This is very similar to the action of a lens in a camera which focuses the light on to the film.

The globe of the eye needs to keep its shape so that light rays are focused accurately on to the retina. Most of the eye is therefore filled with a jelly-like substance called the vitreous humour.

The movement of each eye is controlled by six muscles that pull the globe of the eye in various directions. They work together in a synchronised way. For example, to look left, the lateral rectus muscle of the left eye pulls the left eye outward and the medial rectus of the right eye pulls the right eye towards the nose. At the same time levator palpebrae superioris lifts the upper eyelid.

The upper and lower eyelids help to protect the eye, and keep its surface moist. The upper eyelid is more mobile and is attached to a special muscle, called the levator palpebrae superioris. This muscle allows you to control the upper eyelid. Eyelids help to spread the tear film across the eye by blinking. They also produce a special oil which slows down the evaporation of the tear film.

The eyelids are made up of several different layers, including the conjunctiva. The conjunctiva is a clear layer which lines the inside of your eyelid and covers the white of the eyeball. When the blood vessels in this conjunctiva become enlarged they can be seen, giving a bloodshot appearance.

Eyelashes help to stop debris and direct sunlight from entering the eyes.

The sensitive surface of the eye needs to be kept moist. The eyes are in constant contact with your eyelids. Without lubrication, the friction between the two layers of conjunctiva would cause rubbing. To prevent this, and to help remove debris, the eye produces a tear film. The tear film is made up from three layers - the main middle watery layer, the thin outer oily (lipid) layer and the thin inner layer of mucus.

Tiny glands in the eyelids (meibomian glands) make a small amount of lipid liquid which covers the outer layer of the tear film. This layer helps to keep the tear surface smooth and to reduce evaporation of the watery tears.

Cells of the conjunctiva at the front of the eye and inner part of the eyelids also make a small amount of mucus-like fluid. This helps the watery tears to spread evenly over the surface of the eye.

Tear formation in people occurs more if the eyes are irritated. It can also occur in response to emotion. When this happens the lacrimal glands produce more lacrimal fluid which spills over the eyelids.

How does the visual system work?

The eyes receive light from many different directions and distances. To be seen, all this light must focus on the comparatively tiny area of the retina. This means the eyes have to bend light from different angles and directions.

Firstly, light passes through the transparent cornea. Most bending of light occurs here. Light then travels through the pupil and hits the lens. The lens also bends light, increasing the amount focused on the highly specialised cells of the retina.

In short-sightedness (myopia), the eye mistakenly focuses the rays of light on a point before the retina. The focusing system is tending to be too powerful for the length of the eye. This particularly affects vision of distant objects, which need the least powerful focusing activity from the eye.

In long-sightedness (hypermetropia) the opposite is true and light converges on a point behind the retina. This particularly affects vision of near objects, which need the strongest focusing activity, and means nearby objects can't be seen well.

The retina is made up of millions of light-sensitive nerve cells called photoreceptors. Photoreceptors contain special chemicals which change when light hits them. This change causes an electrical signal which is sent to the brain via the optic nerve. Different types of photoreceptor allow us to see in a huge range of different conditions, from dark to light, and all the colours of the rainbow.

There are two kinds of photoreceptors: rods are very sensitive and help us to see in dim light. They are also very sensitive to movements, particularly at the edge of our vision - but they are not sensitive to colour. For this reason colour perception is partly lost when there is little light. Cones give us colour vision; they function best in bright light. Cones are most concentrated in our area of central vision.

Some disorders of the eyes and vision 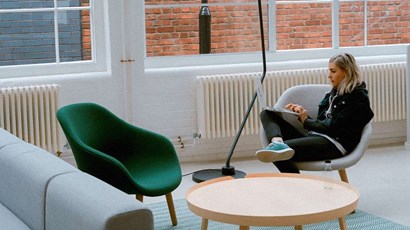 Is your office hurting your eyes? 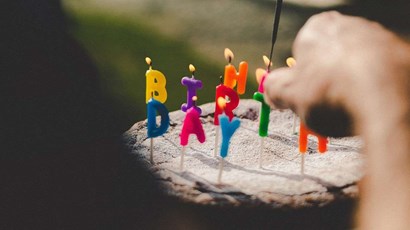 How your eyes change as you age

Hi there,I was hoping someone might help me. I have having blurred vision for the last while, I went to the optician and he said all was perfect that he would refer me to specialist.  The specialist...