In this series Swollen Lymph Glands

Neck lumps and bumps are common and they have numerous possible causes. They may arise from the skin or from structures underneath.

What could it be?

Lumps in the neck are extremely common. The tendency on finding a lump is to worry that it might be cancer. In fact, thankfully, the vast majority of neck lumps are not cancer, particularly in children and younger adults.

By far the most likely cause of a neck lump is a swollen lymph node, also known as a lymph gland. There are more than 100 lymph nodes in your neck! Most of the time you don't know they are there and you can't feel them. If you get an infection, or inflammation, they become enlarged as part of the way your body responds.

Should I be concerned?

The only way to be sure your lump isn't anything to worry about is to visit the doctor and get it all checked out. As a very broad rule, if it is soft, it is less likely to have a worrying cause. If it goes on its own, or comes and goes, it is also less likely to be anything serious. If it is red or very tender, it might well be an infection and it may need antibiotics. The most worrying types of lumps tend to feel very hard, solid or craggy, and have gradually grown over a period of a very few weeks.

You will need to see your doctor for any lump which sticks around, but if you have any of the following symptoms in addition to the lump then do so as soon as possible:

Where could the lump come from?

Lumps can arise from the outside surface of your neck, ie your skin, or from anything underneath it. Lumps can come from many structures, most commonly:

The specific location of the lump within your neck helps your doctor work out what the cause of the lump might be.

What are the causes of lumps in the neck?

This is the most common cause of lumps in the neck. All sorts of infections can cause lymph nodes to swell up. Examples are:

Other causes of lymph glands swelling

Between each salivary gland and the inside of your mouth, there is a tube (duct) which carries the saliva to your mouth. Sometimes these tubes get blocked by salivary gland stones or debris. The swelling caused by this tends to come and go, usually coming up when you eat and then settling. Salivary gland infections, such as mumps, may cause swelling in the neck. Occasionally a cancer can develop in a salivary gland.

Causes of lumps coming from the thyroid gland include:

Your parathyroid glands are situated next to your thyroid, and occasionally lumps can come from these glands too.

All sorts of lumps and bumps can come from the skin on your neck, including:

A number of unusual lumps can occur that either people are born with (congenital) or which occurred as part of slightly abnormal development. These include unusual conditions such as:

Occasionally a lump can come from the main blood vessel in the neck, the carotid artery. Sometimes this enlarges, causing a lump called an aneurysm.

Tumours can be non-cancerous (benign) or cancerous. Benign tumours include:

Some of the cancerous lumps have already been described above. Others are bone tumours (sarcoma) or tumours of cartilage (chondrosarcoma).

First the doctor will want some more information about the lump or swelling. You will be asked questions such as:

The lump will then be examined. This will give the doctor an idea of its location within your neck, its consistency and whether there are any other lumps. You may be asked to swallow while the doctor feels it (as lumps in the thyroid gland move as you swallow). Or you may be asked to stick your tongue out. (A congenital swelling called a thyroglossal cyst moves as you do this.)

Your doctor may want to examine you elsewhere - for example, to listen to your lungs with a stethoscope, to look in your ears and throat for infection, or to feel for enlargement of other lymph glands or organs. Other checks may be relevant, depending on the site of the swelling.

Your doctor may then suggest some tests, depending on what they have found on examination and on where the lump is. Blood tests may be helpful, to check on your thyroid function, and to rule out blood-related cancers such as lymphomas or leukaemias. They may also be helpful to check for infections such as glandular fever.

An ultrasound scan is often a helpful test, to establish the nature of the lump. Other types of scans may also be used.

A chest X-ray may be needed in some cases.

In some cases no tests are needed if the lump is thought to be a normal lymph node, reacting to an infection or inflammation in your system. However, if this doesn't settle once the condition causing it to swell has gone, further tests would be done.

Will I be referred to a specialist?

It will depend on the findings on examination. Lumps thought to be normal reactive lymph nodes would not need further tests or referral unless they don't settle down. If the lump is thought to be worrying, you would be referred to a specialist as a matter of urgency for further tests. This would usually be an ear, nose and throat (ENT) specialist in the first instance. Advice from other specialists may be needed in certain conditions. For example salivary gland problems are usually treated by an oral surgeon, thyroid problems are usually managed by an endocrinologist, etc.

How are neck lumps and bumps treated?

This depends completely on what the cause is. So there is no one-size-fits-all answer. Reactive lymph nodes do not need any treatment, as they settle once the condition causing them in the first place has settled. In some cases, that condition might need treating, however. (For example, an ear infection might need treating with antibiotics or ear drops in order for the infection to settle and the lymph node swelling to subside.)

In general, the condition causing the lump is treated. For example, an underactive thyroid gland would be treated with the replacement thyroid hormone, thyroxine. Stones in the salivary ducts can be removed, clearing the blockage and getting rid of the lump. Infections such as abscesses can be dealt with using antibiotics.

Some lumps might need an operation to remove them. For example, skin tumours, or large lipomas. (Small lipomas not causing any bother don't necessarily need removing.) Chemotherapy is usually used to treat blood-related cancers such as lymphomas and leukaemias.

Depending on the cause, your doctor or specialist will advise if treatment is needed, and on the best treatment for you. 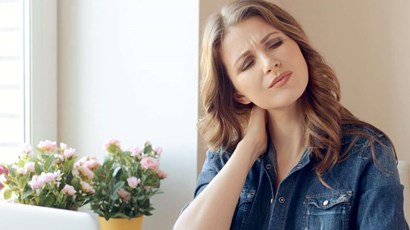