Zinc is needed for many of the chemical reactions which are going on inside us all the time at micro-level. We get zinc from our diets but not getting enough can cause a wide variety of symptoms, some of which are very vague.

Why do we need zinc?

As well as many chemical reactions in our bodies, zinc is needed for:

Where do we get zinc from?

Zinc is readily available in many foods including:

What are the causes of zinc deficiency?

Zinc deficiency is more common in malnourished children and adults and in people who are unable to eat a normal diet due to circumstances or illness. Lots of zinc intake is from meat and seafood, so vegetarians may be more prone to deficiency. The greater demand caused by pregnancy and breastfeeding may also cause zinc deficiency.

People who drink excessive alcohol can also not absorb zinc normally. Long-term illnesses, such as chronic liver or kidney disease can also result in low absorption of zinc. High-dose iron supplements can also affect the way zinc is absorbed, leading to deficiency.

A rare inherited condition called acrodermatitis enteropathica is an occasional cause of zinc deficiency. In this condition, there is an absence of a transport protein which normally allows zinc absorption, resulting in severe deficiency. Where this is the case, symptoms begin soon after a baby is weaned off breast milk. A typical rash is often the first symptom.

What are the causes of zinc excess?

The most common cause of zinc excess is taking too many zinc supplements. It is important not to take more than the advised dose.

Other causes are less common. If your kidneys are not working well (for example, if you have acute kidney injury) they do not get rid of excess zinc for you. In this case it can accumulate. Acute kidney injury does not mean you have had a physical trauma to your kidney; it is a sudden loss of kidney function, usually due to an illness such as a severe infection.

If you have an uncommon condition called haemochromatosis, you are more likely to get zinc overload. This is because you have high levels of iron, which can affect the way that zinc is absorbed and used.

Certain industrial compounds have high levels of zinc, and it is occasionally possible to get zinc poisoning through exposure to these substances. These include some pesticides and some components used in paints, dyes and rubber.

What are the symptoms of zinc deficiency?

Symptoms of zinc deficiency depend on how deficient you are. Symptoms may be mild if the zinc level is just a little low, but can be very severe if there is severe deficiency. Symptoms can include:

In children and adolescents there also can be:

What are the symptoms of zinc excess?

A number of different symptoms can occur if you have too much zinc in your system. For example:

Too much zinc can also affect the levels in your body of other elements, such as iron, copper, magnesium or calcium. There can then be a knock-on effect of lack of these elements - for example, anaemia from a lack of iron.

Excess zinc can also affect the function of your heart and may possibly put you at risk of angina and heart attacks.

A condition called metal fume fever can occur if zinc-containing fumes have been breathed in - for example, during welding or galvanising processes. This causes symptoms such as:

Never take more than the recommended amount of zinc, due to the risks of excess, as described above.

How are zinc problems diagnosed?

The first test is a blood test to check levels of zinc. However, the levels in blood do not necessarily tally with the levels of zinc within the cells of the body. So it is possible to have a normal blood zinc level but actually be deficient in zinc. If the symptoms match and there is a likely cause of zinc deficiency then in some cases this may be assumed, regardless of the blood result. If giving zinc tablets causes the symptoms to resolve, then this confirms the diagnosis.

If you have an excess of zinc, however, this should be clear from the blood test result.

It may be possible to analyse zinc levels in cells by checking levels of zinc in hair in future. However, this is not yet widely available.

Are any other tests necessary?

You may also have blood tests for related elements such as:

This is because a deficiency or excess of zinc can affect absorption of some of these other elements, and vice versa. Also where there is a problem absorbing vital nutrients, others may also be deficient. So multiple deficiencies may need checking out.

Sometimes other tests are needed to exclude other causes for the symptoms, such as blood tests for thyroid function.

If you are severely unwell from either zinc deficiency or excess, other tests may be needed. For example, blood tests to check your kidney function, or tests to make sure you are not lacking in fluid (dehydrated).

Where babies have developed zinc deficiency early in life, or where there is a family history, genetic testing for the rare condition acrodermatitis enteropathica may be relevant.

What is the treatment for zinc deficiency?

This partly depends on the cause. Ideally, the underlying cause should be addressed and then the deficiency will correct itself. Zinc supplements may be needed and this would depend on the level of deficiency and on the cause.

There may be a need for dietary advice and for supplementation of other essential elements.

What is the treatment for zinc excess?

The treatment for zinc excess, poisoning or toxicity mostly involves removing the source of zinc excess and then treating the symptoms until the zinc level settles back down.

Oxygen treatment is usually needed for people who have inhaled zinc fumes (metal fume fever). Medicines such as paracetamol are used for pains and fevers.

Who should not take zinc supplements?

Note: zinc supplements can interfere with other medicines, and vice versa, so if you are taking them, discuss this with your pharmacist. 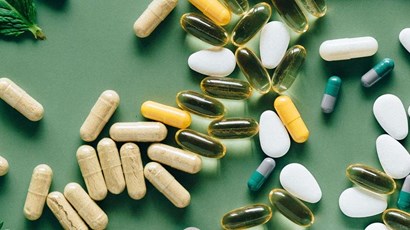