Rosacea is a skin condition that affects parts of your face. Symptoms can include facial flushing, facial redness, spots, thickening of your skin, and eye problems such as dry eyes and sore eyelids. Not all symptoms occur in all cases. Rosacea affects about 1 in 10 people in the UK, usually in middle age. Many cases are mild. Spots can usually be cleared with antibiotic treatment. Other treatments may be used for other symptoms. A complication that affects the front of the eye (the cornea) is uncommon but serious. See a doctor urgently if you have rosacea and develop any eye pain or visual problems.

What is rosacea and what are the symptoms?

Rosacea is a skin condition that usually affects parts of your face such as your nose, cheeks and forehead. However, other areas, such as your neck, chest and ears, can sometimes become involved.

Rosacea is sometimes called acne rosacea, as it can look similar to acne. However, it is a different condition to acne. Symptoms of rosacea include one or more of the following:

The symptoms are usually just on the central parts of your face - on your cheeks, forehead, nose, around your mouth and chin. Skin on other parts of your head is sometimes affected. Rarely, skin on your arms or back is affected. The first picture shows the typical pattern of redness in rosacea. The second picture shows broken capillaries on the nose and cheeks. Both pictures are of fairly severe rosacea. In many cases it is much milder than as shown:

Rosacea is not usually painful or itchy. However, in some cases there may be a burning feeling over the affected skin. You do not usually feel ill with rosacea and serious complications are uncommon. However, rosacea can be unsightly and distressing.

The symptoms can vary from case to case - for example:

In short, the development and severity of symptoms of rosacea can vary greatly.

Around 1 in 10 people in the UK are thought to develop rosacea. This is a lot of people but many cases are mild. Symptoms may first appear in your early 20s but the usual age that symptoms appear is in your 30s-60s. Rarely, rosacea can affect children. Women are more commonly affected than men. However, rosacea is often less severe in women than in men. Rosacea is more common in fair-skinned than in dark-skinned people.

The exact cause is not known. A number of factors may be involved. However, none of these factors has definitely been proven to be the cause. For example:

Long-term use of steroid creams on the face can cause a condition identical to rosacea. This used to be quite common. However, the danger of overusing steroid creams is now well known and this is now an uncommon problem.

Rosacea is not contagious and therefore cannot be spread from one person to another person.

How is rosacea diagnosed?

Rosacea is usually diagnosed by your typical symptoms and its typical appearance on your face. There are no specific investigations that are needed to confirm the diagnosis. However, sometimes your doctor may do a test such as a blood test to help exclude other problems that may cause redness of the skin, such as systemic lupus erythematosus. See the separate leaflet called Lupus (Systemic Lupus Erythematosus).

What are the common treatments for rosacea?

There is no permanent cure for rosacea. There is nothing you can do to prevent rosacea from starting. However, treatments can ease the symptoms and can be really effective. The treatments used may vary, depending on what symptoms develop. Treatment may need to be adjusted over time, depending on your response to treatments and if you develop different symptoms.

Avoid strong sunlight to the face. Sunlight is thought to make symptoms worse. Use a sunblock cream on the face regularly, with a high protection factor (30 or higher and with ultraviolet A (UVA) and ultraviolet B (UVB) protection). It is difficult to say what is strong sunlight. Therefore, many doctors would advise that you apply sunblock every day before you go out, whatever the level of sunshine. A wide-brimmed hat will also help to protect your face from the sun.

If you have dry skin, you can try a hypoallergenic, non-perfumed and non-greasy moisturising cream. Also, you should generally avoid using any steroid creams (unless advised by your doctor) or other abrasive creams on your face. Men may also find that using an electric razor rather than shaving with a blade helps their symptoms.

Some people find that certain things aggravate the skin and trigger flushing or make the flushing worse. The most common things reported that may trigger the skin to flush are:

If any of these seem to trigger bouts of flushing or make the flushing worse then avoiding them is sensible and is therefore recommended.

Some medicines used for other conditions may also trigger flushing - for example, calcium-channel blockers. If you suspect that a medicine is making the flushing worse then discuss this with your doctor. An alternative medicine may be available.

A new treatment called brimonidine gel has become available which works to reduce the redness associated with rosacea. Some people find this very effective and it can work very quickly.

There is little evidence that medication has any effect on clearing the visible tiny blood vessels (telangiectasia) you may have. Some treatments may work to improve the rosacea facial redness (erythema). However, a treatment for spots (listed below) may be advised to prevent spots from developing if you have persistent erythema.

Also, people with erythema often have sensitive skin which can make erythema worse. Therefore, it is best to avoid using anything that may sensitise the skin - for example:

Camouflage creams can help to cover and conceal erythema and telangiectasia. (Changing Faces provides free skin camouflage clinics in England and Scotland. You may require a referral from your GP.)

Some people have a response with light or laser therapy. Briefly, a laser or very bright light of a certain wavelength can destroy tiny blood vessels under the skin but without damaging the nearby tissue. This can remove the telangiectasia and improve erythema. Your doctor or skin specialist will advise if this is an option for you. These treatments are not usually available under the NHS though.

Treatment for rosacea spots and cysts

Certain antibiotics are the usual treatment. They usually work well but it is not clear why they work, as there is no proven germ (bacterium) that causes rosacea. Some antibiotics reduce inflammation in the skin as well as killing bacteria and this may be why they work for rosacea. A rub-on (topical) antibiotic called metronidazole is the common treatment if you have just a few small spots (papules). If you have many spots or cysts (pustules) then antibiotic tablets such as a tetracycline or erythromycin may be used.

Some improvement may occur after 2-3 weeks of treatment. However, it commonly takes a 6- to 12-week course of antibiotics to clear spots and cysts. One reason why antibiotic treatment fails is that some people give up on treatment after a few weeks without completing the full course.

When a course of antibiotic treatment is finished, the spots or cysts commonly return at some point. Therefore, repeated courses of treatment may be needed from time to time. As an alternative, once the spots have cleared, some people take a regular maintenance dose of antibiotics or use a topical antibiotic (regularly or intermittently) long-term to prevent the spots and cysts from returning.

Topical azelaic acid is an alternative to topical antibiotics to treat mild-to-moderate spots. However, some people find that it can cause side-effects such as burning, stinging, itching, scaling and dry skin.

Ivermectin cream is used occasionally for people with rosacea. It works by killing the mite Demodex folliculorum and also works to reduce some of the inflammation in your skin.

If you do not respond to any of these treatments, other therapies are sometimes given in specialist clinics.

Eye symptoms, if they occur, are often mild and may not need any treatment.

An unsightly, bumpy nose (rhinophyma) is an uncommon symptom of rosacea. If it occurs, surgical or laser treatment usually works well to trim back the thickened skin. This image shows the typical appearance of 'rosacea nose':

Is there a diet for rosacea?

There is no particular diet for rosacea, but some people find that hot spicy foods or certain vegetables (like tomatoes or peppers) can trigger the facial flushing. In general it's a good idea to follow a healthy diet, not to smoke, and to drink alcohol in small quantities. 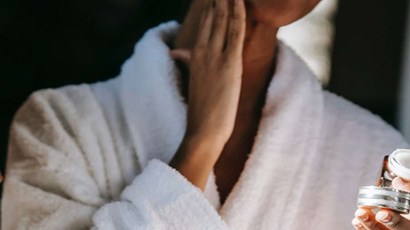 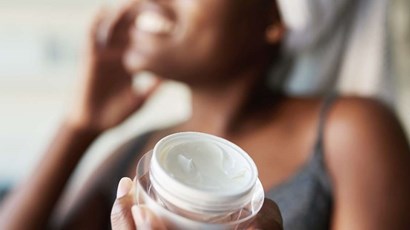 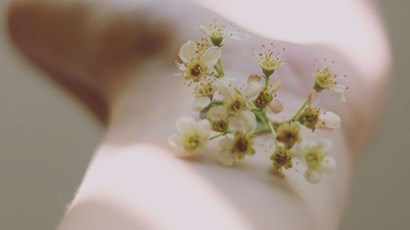 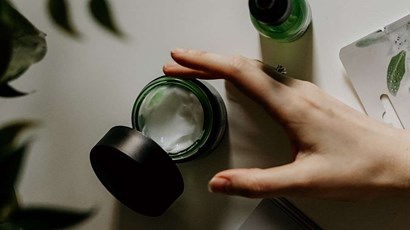 Hello  I suffered fror Rosacea from my early 20's but it was manageable.  I did have anitibiotics and creams which made it worse.  It really flared up during the menopause (together with severe...