For Claire, 32, the arrival of spring means one thing and one thing only - hay fever season. Every May, she spends three to four weeks with the runny nose, itchy eyes and constant fatigue that characterise allergic rhinitis. Unsurprisingly, this has an impact on her mood.

"I wouldn't go so far as to say I feel depressed, but I do feel pretty low, especially as it goes on and it feels like it's never going to end," she says. "It’s quite frustrating, because it's such a beautiful time of year - it's sunny and people are sitting outside having picnics. You just want to participate but you know you can't be outside on the grass."

For Claire and others like her, hay fever is a truly miserable experience - both because of the nature of the symptoms themselves, and because they restrict what you can do.

"If it's really windy or if there's a high pollen count, I don't feel like going out because that just makes it worse," she says. "I also struggle to sleep a lot of the time because my nose is dripping and I can't really breathe."

The links between hay fever and low mood

From one perspective, if hay fever makes you feel rubbish, there's no great mystery as to why. If you're not sleeping, can't go out and enjoy yourself, and are cooped up inside on a sunny day, that's not ideal for anyone's state of mind.

However, for some sufferers the emotional burden of hay fever may go beyond grappling with the symptoms. A large body of evidence has found links between seasonal allergies and depression, and there are several potential reasons why.

"Hay fever, asthma and eczema have all been shown to be associated with psychiatric disease. This means that those suffering from hay fever or other seasonal allergies are more likely to experience mental health problems including anxiety and depression," says Dr Farah Gilani, a GP at Medicspot. "Symptoms such as sneezing, coughing, congestion, itchy eyes and fatigue can impair daily function at work or school. They can cause stress and emotional suffering, which in turn can impair mood."

On top of that, there is a theory that inflammation might play a role both in seasonal allergies and in depression. Chemicals known as cytokines, which are secreted by certain cells of the immune system, are responsible for many allergic symptoms. Since levels of cytokines also shoot up during depressive episodes, some researchers think that depression itself might be framed as a kind of allergic reaction.

Whether or not this way of looking at things seems helpful, there is likely a deeper association between allergies and mental health conditions.

One major study last year found that hay fever sufferers have a significantly increased risk of psychiatric disorders. The study, which involved nearly 200,000 people in Taiwan, looked at a database of health insurance claims over a 15-year period. Over that time, 10.8% of people with allergies (hay fever, asthma or eczema) developed a psychiatric problem, compared to 6.7% without.

The researchers did not delve into why this might be. However, they suggested that recognising the connection might help doctors provide better care for their patients.

Each year during spring and summer, hay fever symptoms irritate one in five of us. Hay fever tab...

It doesn't help that many common hay fever medications can themselves have an impact on mood.

"Many people suffering from seasonal allergies turn to over-the-counter medications such as chlorphenamine (Piriton) and diphenhydramine (Benadryl) to help alleviate their symptoms," says Gilani. "However, these medications have a common side effect of drowsiness which can take a toll on mood. Newer antihistamines such as cetirizine (in Piriteze) and loratadine (Clarityn) are less likely to make you feel drowsy, although some people using these medications still report drowsiness as a side effect."

If side effects are an issue, it's important to talk with your pharmacist. He or she will be able to give you guidance and help you find a more suitable medication. They will also warn you about contra-indications with other medicines you might be taking.

So if hay fever or other seasonal allergies are getting you down, what should you do? For Claire, it comes down to managing her symptoms as best she can.

"Along with just taking the tablets and nose spray, I will try everything I can," she says. "It's good to wear mascara because it stops pollen getting into your eyes, and I put Vaseline in my nose to capture the pollen. Often the pollen count is worst at dawn and dusk so it's just about being conscious of that, and showering constantly to try to get the dust off me."

As someone at the more severe end of the spectrum, she is considering seeing her doctor to find out whether immunotherapy might be right for her. While this is not a quick fix for hay fever - it requires three years of treatment and can have side effects - it has been shown to alleviate the symptoms and hence the misery.

Gilani recommends making a GP appointment if you are suffering from low mood and seasonal allergies.

"Treatment from your GP depends on the nature of your mood problems, the potential underlying cause of low mood, and the severity of your allergy symptoms," she says. "They can look at managing your allergy symptoms better. This may include prescribing alternative medicine, suggesting ways to help alleviate your symptoms and reduce the chance of side effects and, in severe and persistent cases, suggesting you undergo immunotherapy."

They can also offer treatments for depression and anxiety, regardless of the underlying cause. These can include self-help strategies, talking therapies and medicines.

Whichever came first in your case - the hay fever or the low mood - there are options out there that can lift the burden, and hopefully tackle both at the same time. 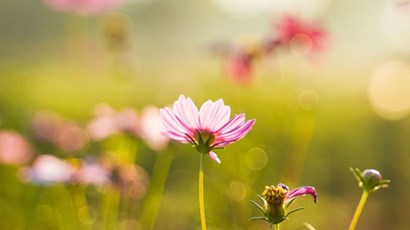 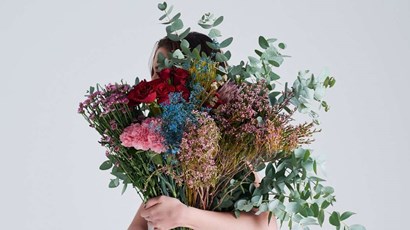 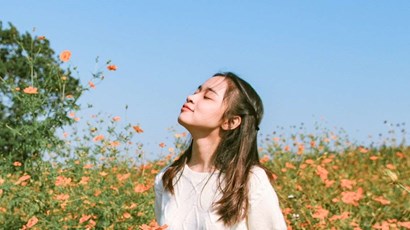 I have suffered from rhinitis for about 12 years now.  I have used 4 different steroid nasal sprays.  They all reduced my symptoms for a short space of time but then became useless.  Now, I get a lot...